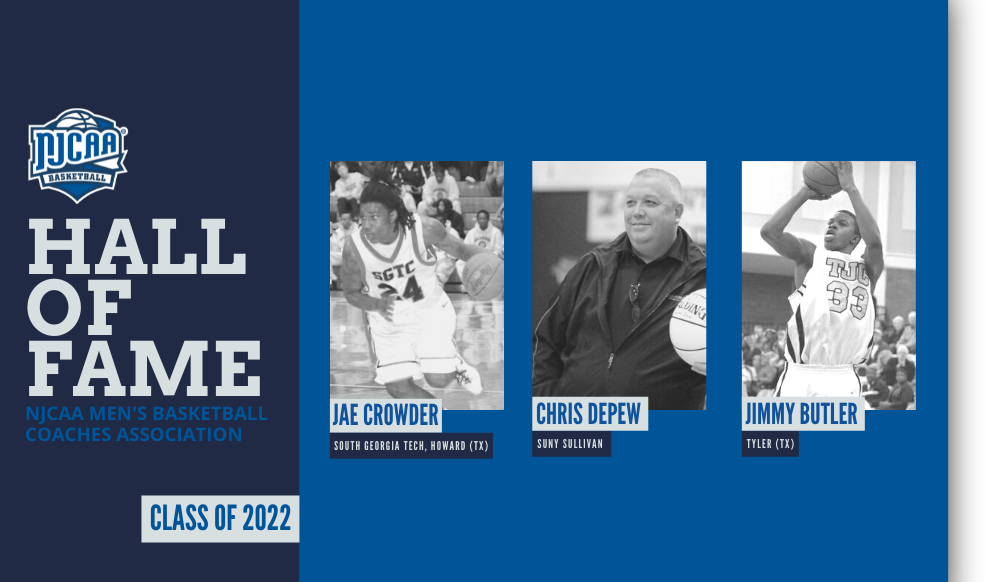 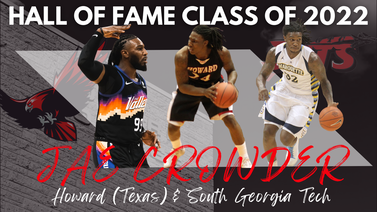 Jae Crowder | Student-Athlete | South Georgia Tech, Howard (TX)
In 2012, Jae Crowder was taken with the No. 34 overall pick in the 2012 NBA Draft by the Cleveland Cavaliers, but was traded to the Dallas Mavericks later that night. Prior to fame and success on the big stage, Crowder played basketball for South Georgia Tech (2008-09), helping them to a 27 – 1 overall record and the program's first NJCAA Division I Men's Basketball National Championship tournament appearance. Crowder helped the team win its first game in the national tournament with a 91 – 89 overtime victory over Navarro (TX). Crowder earned the Georgia Junior College Athletic Association (GJCAA) Player of the Year Award as a freshman, was named to the GJCAA First Team All-Conference team, earned 2010 NJCAA Second Team All-American honors, and was on the All-Freshman team.
Crowder transferred at the end of this freshman season to Howard College (TX), where he was named the State Farm Junior College Player of the Year after helping the Hawks to their first-ever national title in men's basketball. Crowder was named to the all-tournament team following the 85-80 overtime victory against Three Rivers Community College (MO) in the title matchup. Later, he transferred to Marquette University (WI) to play for two seasons, where he was named Big East Player of the Year in his senior season, an Associated Press Second Team All-America honoree, a John R. Wooden Award All-America Team member, and an All-Big East First Team selection, one of 15 finalists for the 2012 John R. Wooden Award, a NABC Coaches' All-American Third Team member, and a NABC All-District 5 Second Team selection. Crowder helped the Golden Eagles reach the Sweet 16 in the 2012 NCAA Tournament.
The current Phoenix Suns (AZ) forward has made eight straight postseason appearances with five different teams (Phoenix Suns, Miami Heat, Boston Celtics, Utah Jazz, Dallas Mavericks) and has played for seven teams in nine seasons in the NBA. In 2020, Crowder made the NBA Finals with the Miami Heat (FL), but fell to the Los Angeles Lakers (4-2). He reached his second NBA Finals with the Suns in 2021. Crowder is an adaptable player that radiates toughness and a winning mentality. Crowder's father, Corey, played in the NBA for the Utah Jazz and the San Antonio Spurs (TX) and had a 14-year professional basketball career, mostly playing in Europe.

Jimmy Butler | Player | Tyler (TX)
Jimmy Butler played a year at Tyler Junior College (2007-08), under longtime coach Mike Marquis, where he averaged 18.1 points, 7.7 rebounds, and 3.1 assists per game. Butler was an NJCAA All-Region 14 First Team selection and a 2008 NJCAA Division I men's Basketball All-American member. The Texas native helped guide the Apaches to a national ranking of 10th in the country and finished third in the league in scoring, shooting 54.8 percent from the field and 42.2 percent from behind the 3-point line. The Apaches finished the season with an overall record of 25-4. Butler continued his academic and athletic career at Marquette University (WI) where he played three seasons.
While with the Golden Eagles, Butler earned the 'Superb Sub' award and finished 15th in the Big East in free throw percentage (.768). Butler earned All-Big East Honorable Mention accolades in his first full season as a starter as well as in his senior season. He claimed the program's Most Improved Player Award and finished among the Big East leaders in four categories, including scoring (20th, 14.7 ppg.) and field goal percentage (8th, .530). Butler notably led MU with a career-high 27 points on 11-of-16 shooting from the field in the 2009-10 season. For one season (2010-11), Butler and Jae Crowder crossed paths at Marquette where they led the Golden Eagles to the Sweet 16 of the 2011 NCAA Tournament. Butler was then selected 30th overall in the 2011 NBA Draft by the Chicago Bulls (IL).
Since being drafted, Butler has played for four NBA teams including the Chicago Bulls (2011-17), the Minnesota Timberwolves (2017-19), and the Miami Heat (2019-present). In 2016, Butler earned a gold medal with USA Basketball at the Olympic Games in Rio de Janeiro. He is a five-time NBA All-Defensive second team selection (2014, 2015, 2016, 2018 and 2021), was named the 2014-15 NBA Most Improved Player, is a five-time (2015, 2016, 2018, 2019 and 2020) NBA All-Star Team selection, a three time All-NBA third team selection (2017, 2018 and 2021). In 2020 during the NBA Finals, Jimmy Butler outdueled LeBron James and led the Miami Heat to a 115-108 Game 3 victory. Butler recorded 40 points, 13 assists, 11 rebounds, two steals and two blocks on an incredible 14-of-20 shooting from the field and 12-of-14 from the free-throw line, making him just the third player ever to record a 40-point triple-double in the Finals but the first to do so in a victory.